Levels of Russian language proficiency as a foreign language and their testing.

Levels of Russian language proficiency as a foreign language and their testing. Sometimes we say that somebody is good or bad at speaking certain language. What does it mean and what sense do we put into these words? Is it possible to systematize approaches to speech usage? More than 40 years ago, the work of experts from European countries concerning creating standard approach to learning any foreign language and certification of skills, developed by a student, was started [1].

The major task is to recognize skills, developed by a student, but not programs and methods of teaching foreign language. For rating current language knowledge and abilities, the simple approach was suggested - to devide sudents into three groups (levels) depending on the level of their level of competence: elementary (А), intermediate (B), advanced (С). Every group is devided into two subgroups (1 and 2), thereat the level of language competence improves from А1 to С2 scale.

To have an ability to differenciate and fixate level of language skills competence, there was developed a descriptive scale of skills (frameworks) for every level, which can be divided into the skills in understanding oral and written speech, skills in speaking in the form of dialogue and monologue, skills in explaining yourself in written form. The document of European Council called "Common European Framework of Reference: Learning, Teaching, Assessment", in which the approach described above has been outlined, has got the abbreviation CEFR, and the organization having developed it is called ALTE [2].

Starting from 2001, the Council of EU recomended the usage of CEFR for creating national systems of language competence rating. Test systems of many countries, acting before and being developed now, refer to the scale А1-С2 CEFR as being supporting (for instance, look at the correspondence of IELTS [3] or HSK levels [4]).

In 2014 by the order of Ministry of Education and Science of Russian Federation the levels of Russian language proficiency as a foreign language and requirements to them (look at the Appendix [5]), agreed upon with CEFR (look at the Table), were established. 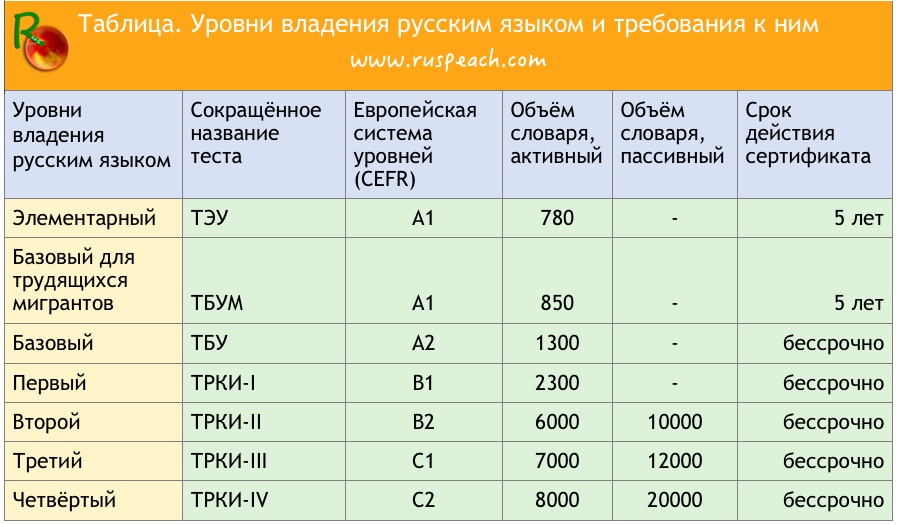 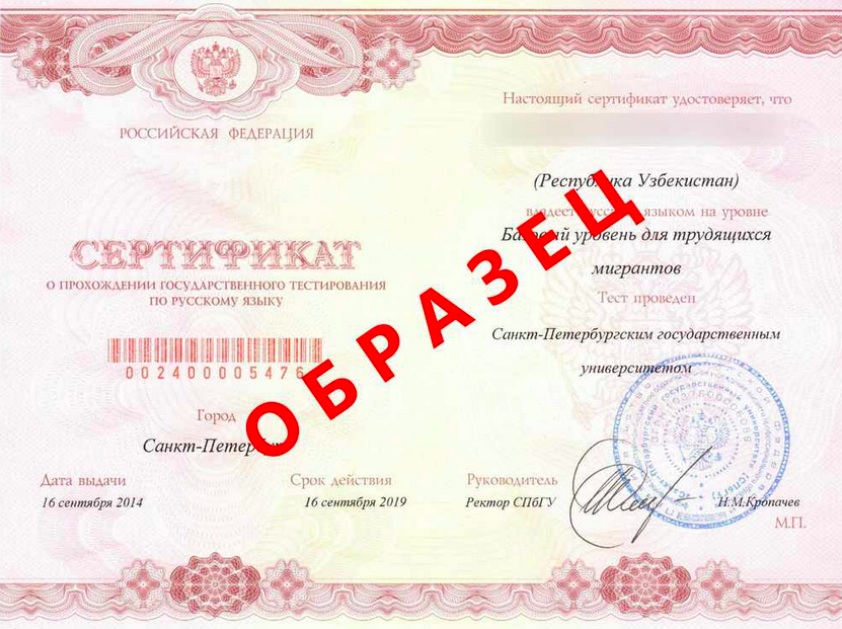 Pict.1. Example of the Certificate of passing state test in Russian.

An important innovation is avaliability of basic level for working immigrants (short name of ТБУМ test), which corresponds to А1 CEFR level. It is related to the fact that starting from January 1, 2015 an obligatory examination in Russian for foreign citizens, who want to process a patent permitt, temporary residence permit, permanent resident card, is introduced. The present recquirement is established by Federal Law No. 74-ФЗ "About amending Federal Law "About legal status of foreign citizens in Russian Federation" dated April 20, 2014 [7].

We wish evwryone preparing to testing in Russian as a foreign language to pass the test successfully and get new certificate!

Only registered users can use this function